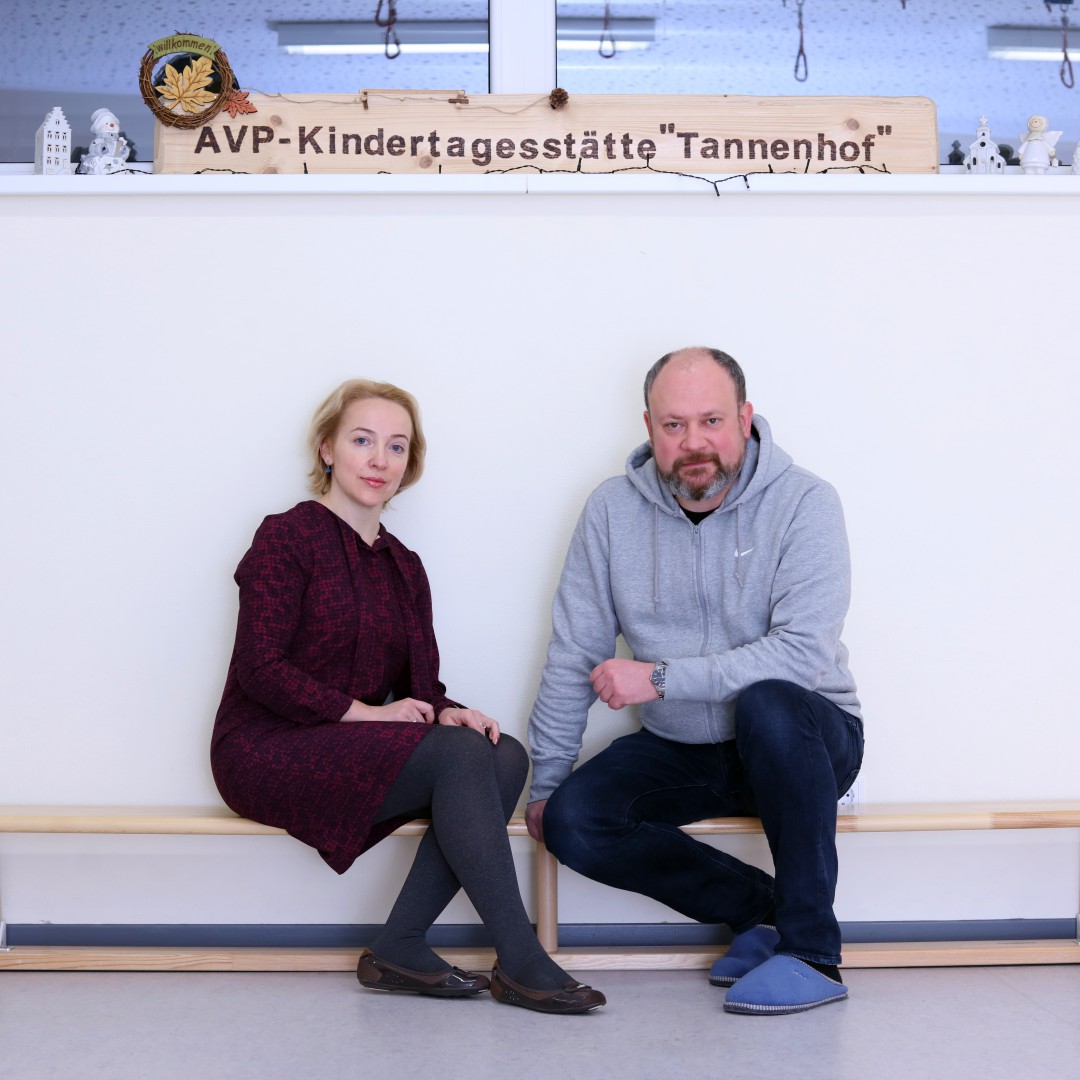 The executive director of AVP e.V. becomes kindergarten educator for a week

The Tannenhof day-care centre has taken unusual measures due to a shortage of staff: the head of the organisation becomes an educator. Sergej Aruin, managing board member of the non-profit association AVP, has been playing the role of an educator at the Tannenhof day care centre for a week since yesterday. The trained social worker, who usually runs the association’s business, will devote himself entirely to working with children in the bilingual kindergarten until 21 December. The association AVP (“acceptance, trust, perspective”) stands for the promotion of education, upbringing and social participation of children as well as adults. The integration of people with a migration background is just as important as the care of people with disabilities.

“I am convinced that leading positions in social organisations should best be assigned to people who are already acquainted with social work from their own experience. I am a trained social worker with many years of practical experience and therefore expect from myself to be able to switch from the management to the basic level at any time,” Aruin explains his motives. Another reason for the work in the kindergarten is the lack of qualified personnel. In addition to that, especially during the winter months, employees are increasingly absent due to holidays and illness, which leads to shortages in childcare.

“Even if the whole thing has to do with the given circumstances, it’s a very welcome diversion for me that I can temporarily take over the work of an educator,” says the father of two. If necessary, he would be willing to take over the task of the educator again next year. However, he hopes to be able to hire new staff in January instead. Men would be particularly welcome, because the allegedly strong sex is underrepresented in kindergartens.

“It would be really nice if more men would strive for the profession of an educator, because children need both female and male role models and reference figures. After all, we have a male educator in our team. And with Sergej there will be temporarily two” says Inna Schmidt, head of the Tannenhof daycare centre.

The Tannenhof nursery is a bilingual kindergarten where Russian is spoken in addition to German. The kindergarten was opened in March 2016 and is sponsored by the Düsseldorf association AVP.