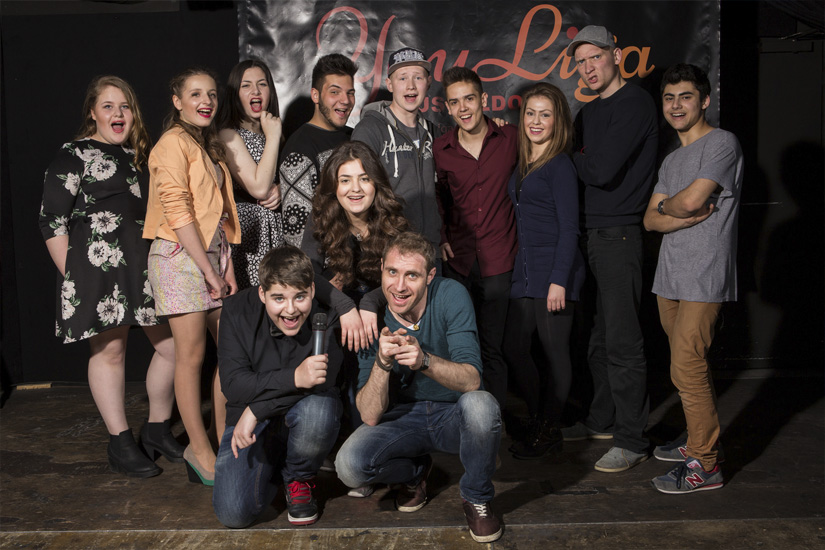 The annual semifinal of YouLiga took place at Zakk, Düsseldorf, on April 26th, 2015. The Comedy Derby Düsseldorf youth league’s popularity is reflected in the necessity to organize more chairs for the rush of visitors.

Three teams competed with each other and tried to convince the jury and the audience in three categories: face control, warm-up and music. “MMA”, “Women’s World” and “Alleswisser” (Know-it-all) did their best. With their acting talent “MMA” decided face control for themselves and “Alleswisser” were the best team in the category warm-up, where the jury asks questions that need to be answered as funnily as possible within thirty seconds. However, the young team “Women’s World” convinced everybody with their fantastic self-written music performance, which the jury honored with full score.

Judging by the points gained in the semifinal, “Women’s World“ and “Alleswisser“ were the best teams. However, the jury enjoyed all teams’ performances so much that “MMA” as well will have the chance to prove their talent in the final. This final will be hosted at Zakk in Düsseldorf on July 28th, 2015. In the final the teams will present new sketches in new categories to the audience and create an atmosphere similar to that in German comedy-strongholds.