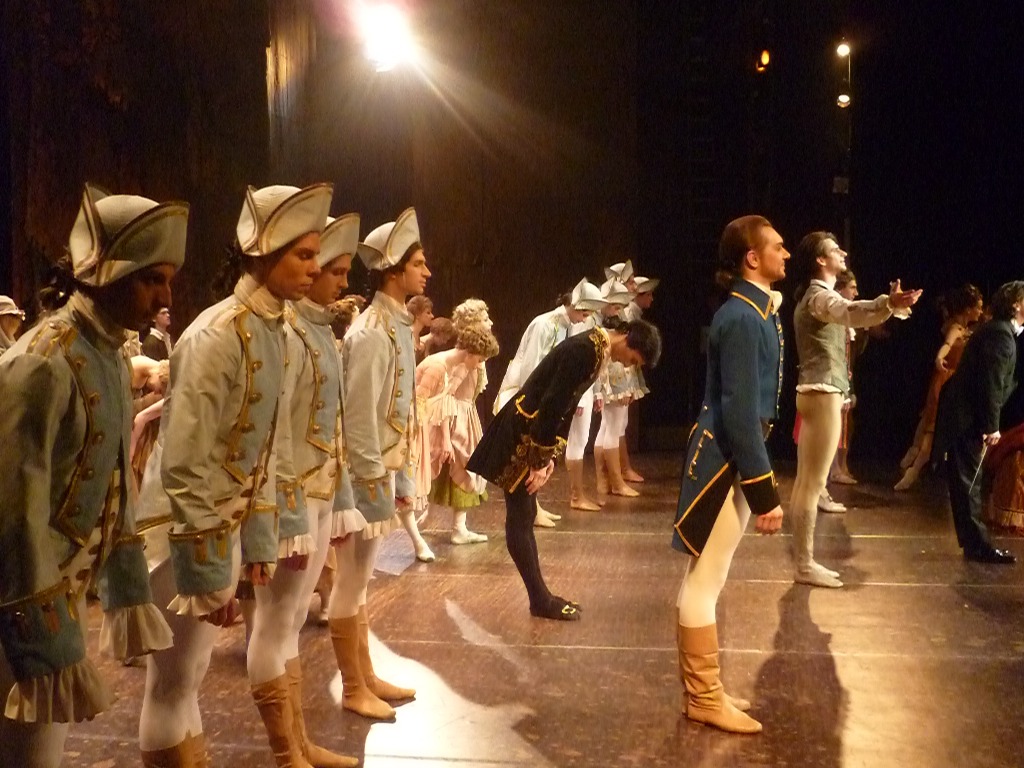 Düsseldorf, known as a cultural center, was host to Russia’s famous Stanislawski ballet February 2nd – 9th, 2015. With MacMillan’s “Manon” based on the novel “Histoire du Chevalier Des Grieux et de Manon Lescaut” by Abbé Prévost (1731) the Muscovite theater presented a love story. The performance was rounded off by pieces from different operas and musicals that were played by the Duisburg orchestra’s musicians. The Muscovite conductor Felix Korobov led the orchestra. AVP contributed to the event hosted by its cooperation partner Deutsche Oper am Rhein by providing highly qualified translators for the duration of the guest performance.

The atmosphere at the Düsseldorfer Opernhaus at the time was incomparable. The audience got the chance to enjoy colorful sceneries, costumes recreated after the fashion of the 18th century, the actors’ fine make-up, the preparation backstage and beautiful ballets.

Creative artists as well as politicians regarded our association’s part in the organization and performance positively. Head of Social Affairs Department of the city of Düsseldorf Hans-Georg Lohe emphasized the event’s high standard and its significance for the city’s cultural and social life. Director of the Deutsche Oper am Rhein in Düsseldorf and Duisburg Prof. Christoph Meyer personally thanked AVP e.V.’s director Sergej Aruin for the steady cooperation. Prof. Meyer especially acknowledged all of AVP e.V.’s employees who work towards intercultural communication and a dialogue between the two countries. In his view, art is the best way to overcome geographical as well as political boundaries.