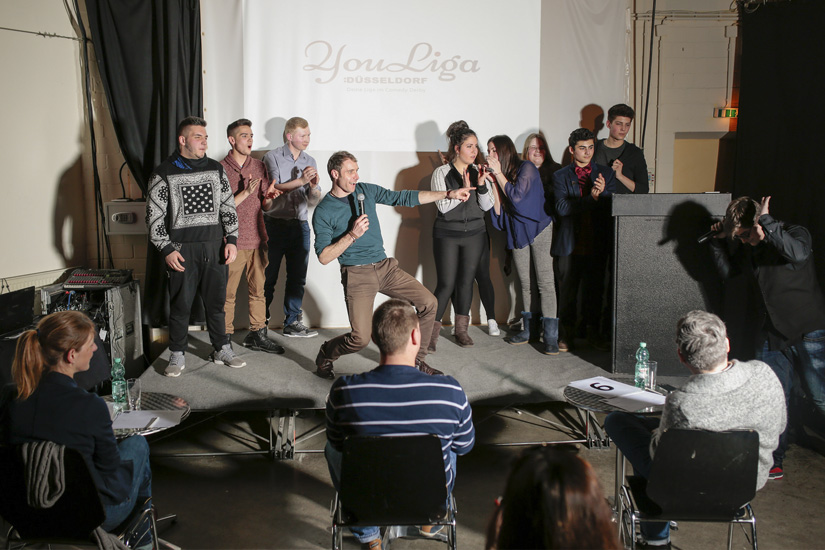 The first Comedy Derby Festival at Zakk last Saturday left no dry eye in the house.

The teams „Endhaltestelle“ (final stop), „89-er“, „MMA“ und „Brothers“ competed with each other in the newly-founded comedy youth league and got the chance to prove their theatrical talent.

The “89-ers” showed a convincing use of language and introduced the term “a-social studies” that will stay with the audience for a while, whereas “Brothers” showed a strong family bond: the younger brother is allowed to mock the older one and receive the audience’s enthusiastic applause. “MMA” won both tests games in the weeks before the festival and made the audience laugh with their great performance. However, being the only team with experience and having come all the way from Baden-Württemberg, “Endhaltestelle” won first place. One of the festival’s highlights was the performance by actual professionals next to the competing teams.